Breeding horses has evolved from stallion-meets-mare in the pasture to mares carrying foals sired by stallions across the world without leaving their farm. Producing foals is an investment, and mare and stallion owners have numerous options for creating the perfect offspring.

In live cover breeding, the stallion penetrates the mare and deposits semen directly into the mare's uterus. This may occur in the pasture or with hand breeding. Although some breed registries, such as the Jockey Club, require live cover, most accept new methods of producing foals. Modern technologies allow some sub-fertile mares and stallions to pass their genetics onto the next generation.

Pasture breeding closely mimics nature. The stallion lives with mares in an enclosed area, and he breeds them when they are in heat and receptive to him. Most stallions only breed 20 to 25 mares in the pasture each season. Although this method has a 90 percent conception rate, the stallion or mares may injure each other by biting or kicking. Good management techniques include fencing pastures with rounded corners, removing shoes, and establishing the broodmare band before introducing the stallion.

Humans are much more involved in hand breeding. The process begins by determining if the mare is in heat. Teasing her with a stallion and observing whether she is receptive to him may show that she is in heat, or a veterinarian may ultrasound her ovaries and observe the follicles. Mares may be bred 48 to 72 hours before ovulation if the stallion has good fertility but may need to be bred again in 12 to 24 hours if she has not ovulated and the stallion has low fertility. Once the mare is ready to breed, handlers lead her and the stallion into the breeding shed. They may twitch the mare or tie up a hind leg if needed to prevent her from injuring the stallion. Once the stallion has a full erection, handlers allow him to mount the mare. After he ejaculates, the mare's handler turns her hindquarters away from the stallion to prevent her from kicking him.

Instead of mounting the mare, the stallion mounts a breeding dummy and ejaculates into an artificial vagina. Handlers then add a seminal extender and determine the semen's concentration and motility with a heated stage microscope. With this information, they divide the semen and extender into doses, usually between 10 mL and 20 mL. One ejaculate can produce several doses. At this point, the veterinarian can administer the semen into the mare if she is on the farm.

If the vet is not on the farm, breeders may also chill or freeze the semen. Chilled semen is viable for 24 to 30 hours after collection and it is shipped to the mare's location in an Equitainer. Frozen semen is viable for several years when stored in liquid nitrogen containers, but this is the most expensive method and has only a 30 to 40 percent conception rate.

When the mare is ready for breeding, the handler places her in stocks, ties up her tail, and cleans her perineal area with gentle soap and warm water. The veterinarian then inserts a pipette of semen into the mare's vagina using his gloved, lubricated hand. He eases the pipette through the cervix and deposits the semen in the mare's uterus before gently removing the pipette and his hand. Only someone trained in equine artificial insemination should attempt this to prevent injury to the mare.

Semen is viable in the uterus for 48 hours. If the mare does not ovulate, she may need to be inseminated again.

Techniques for successful embryo transfer in horses first developed in the 1970s and this method has increased in popularity since 2000. In this procedure, a veterinarian moves an embryo from the donor mare to the recipient mare.

How Transfer Is Done

The cost of breeding a mare depends on which breeding method the owner chooses. Regardless of method, the mare owner must pay the stud fee, unless he also owns the stallion. This can range from $400 for a low-end stallion to $200,000 for a horse like Triple Crown winner American Pharoah. Some top stallions charge a booking fee on top of the stud fee, and this is between $100 and $800 per mare.

With live cover, the mare owner will have to pay mare care at the stud farm. Care for dry mares, or those without foals at side, is less than for wet mares, or those with foals. Top facilities charge around $14 per day for dry mares and $16 per day for wet mares. If she stays for two heat cycles, or 45 days, the total cost is between $630 and $720. The owner also must transport his mare to the stud farm, and the cost for this depends on the distance traveled.

Artificial insemination has several additional costs associated with it. Each time the mare visits the veterinarian clinic can cost between $300 and $600. These visits include ultrasounds to determine ovulation and pregnancy confirmation. The stallion owner may charge a collection fee between $75 to $250 for each collection, and shipping semen costs between $75 and $200, depending on distance. 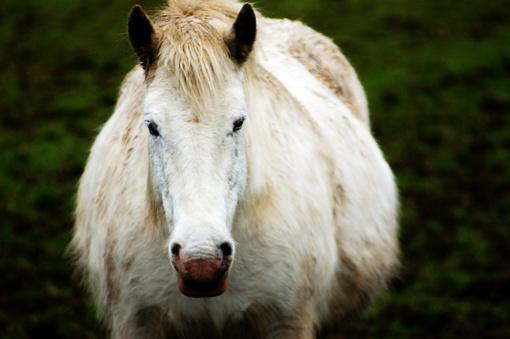 Caring for the Foal

After the foal is born, if the mare owner chooses to raise it, he will have two years of feed and care before he can train it under saddle. With all costs considered, from paying the stud fee to foaling the mare to raising and training the foal, the mare owner will have spent $15,000 to $20,000 by the foal's two-year-old year.

Before you breed, there are some things you should consider.

If you decide that getting into the horse breeding business is right for you, keep these tips in mind for a successful business.

Successful breeding depends on mare and stallion owners making thoughtful, informed decisions. Although each breeding method has risks and the costs can add up quickly, seeing mares with their foals is a captivating promise for the future.